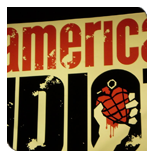 American Idiot, dubbed as the "First Great Musical of the 21st Century" by Toronto Star,  this is the musical event that you won’t want to miss!  The show is an adaptation of Green Day’s most popular 2004 album of the same name, it takes you through the life of a misplaced youth who’s searching out the meaning of life by fleeing suburbia and experiencing the thrill of the big city.  Since its debut American Idiot has won two Tony Awards, a Grammy Award and a nomination for best Musical.